You want to go for the expanded FullDome Festival package?

(Changes and updates are possible, if not inevitable)

»When we started planning TROPICALISZT, the world was a different place.. This project, with so many wonderful pianists and artists from all over the world, has taken on a new and deep meaning: Nobody will destroy this friendship and collegiality! When we play in the planetarium, we are united in the universe; international, intercultural, interdisciplinary, students together with professors, this is a moving picture and making music becomes a special privilege. Thank you all for being there!!«

In celebration of the 150th anniversary of the FRANZ LISZT Music University Weimar, TROPICALISZT features four pianists playing live in the Jena Planetarium. Music pieces by Franz Liszt and Louis Moreau Gottschalk are accompanied by spectacular 360-degree fulldome projections. (see also the announcement at Franz-Liszt-Music-University) Louis Moreau Gottschalk, a truly cosmopolitan composer and piano virtuoso who performed in North and South America was very popular in Brazil. He is a counterpart to Franz Liszt in the New World with strong affinities to tropical latitudes, hence TROPICALISZT. Louis Moreau Gottschalk (1829-1869) was born in New Orleans, he studied in Paris, where he met Georges Bizet and Camille Saint-Saëns. Back in Louisiana, he started a pianistic virtuoso career that took him across the country, to the Caribbean and South America. This “tropical Liszt” traveled on special trains with two pianos, a piano tuner and his impresario. He was celebrated in salons, in theaters and royal houses, in open squares and on beach promenades. The parallels with the life of his contemporary Franz Liszt are unmistakable. This musical cosmopolitanism will be honored with TROPICALISZT in the 150th anniversary year of FRANZ LISZT Music University Weimar. To this end, students from the institutes for piano and musicology and media artists from the Bauhaus University Weimar have created a multimedia project in which music by Gottschalk and Liszt is visualized in 360-degree projections.

We are honored to welcome the German music producer Hendrik Weber, aka Pantha Du Prince, as a special live act for the 16th FullDome Festival in May. The Planetarium concert will be visualized by 360 artwork from Natalia Stuyk.

Hendrik Weber recorded under numerous monikers over the years, including Glühen 4 and Panthel, yet Pantha du Prince became his most well-known and celebrated. Weber aligned with Dial — a Hamburg-based experimental techno label helmed by Carsten Jost, Turner, and Lawrence — to release his Pantha du Prince material, which is characterized by its downcast and dark tone, as well as by its minimal and experimental tendencies. Over a span of output that began in the early 2000s, Pantha du Prince evolved from the minimal, bell-adorned techno of 2007’s „This Bliss“ to the rich arrangements and expanded line up of 2016 album „The Triad“.

Prepare yourself for a multi-facetted artist unlike others and check out his latest record „Conference of Trees“, a lush collection of layered electro-acoustic ambience that combined organic instruments and mellow electronics.

The musician and composer Frank Tischer closes the series of extraordinary live concerts at the FullDome Festival 2022. Frank Tischer conjures up hybrid sound worlds made up of piano, modular system and the legendary Moog synthesizer. Grounded in ambient, his music is occasionally seasoned with Wurlitzer sounds, beat and drum Machine.
Frank Tischer's dazzling career included positions as bandleader and keyboardist, including with the Spencer Davis Group. As an ocean pianist with Stena Lines and Hapag Lloyd, oceanic sound worlds have become second nature to him. It is therefore only logical that he also gives underwater concerts in the Liquid Sound Club in the Toskan Therme Bad Sulza and appears as a one-man show at observatories and in the Jena fulldome planetarium. 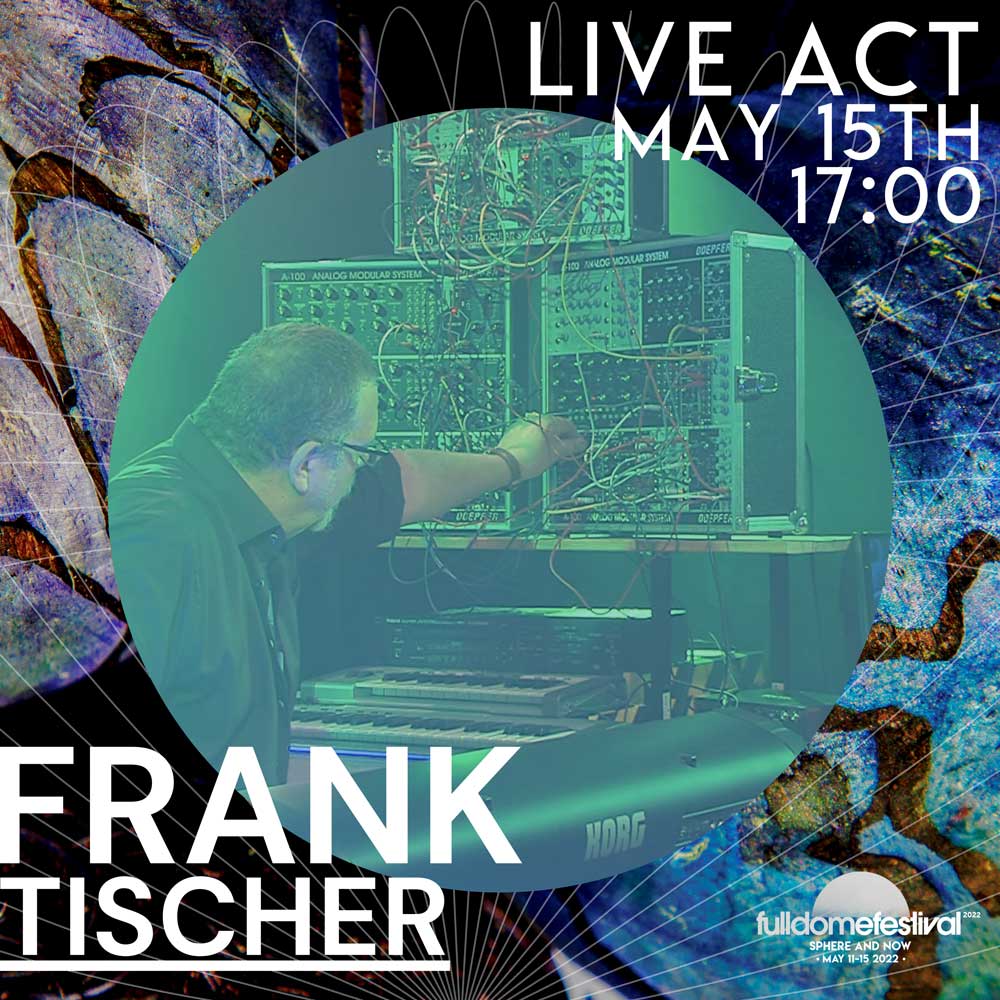 A quiet room full of opportunities. A pause, the unknown, the moment before the decision which door to open. Martin Kohlstedt looks and lives for these subconscious moments. The piano looks for its counterpart, amalgamates with electronic soundscapes into something bigger than the sum of its parts that makes the concerts of this pianist a unique journey. No concert is alike – Kohlstedt follows his ideas of modular composition when playing on stage: The pieces are in constant flow and don’t follow a predetermined form. Improvisation is an integral part of his work just as the intimate musical conversation with his audience, the courage to fail and his interaction with time and space.Martin Kohlstedt lives and works in Weimar. His albums TAG, NACHT, STROM, STRÖME and FLUR and their corresponding Reworks gained critical acclaim internationally and brought the pianist and composer on concert tours all over the globe.Apart from his own productions Martin Kohlstedt composes scores for films, plays, podcasts and audiobooks, lead his own record label and tries to conciliate what he does with his ideals of sustainability and care for the environment. 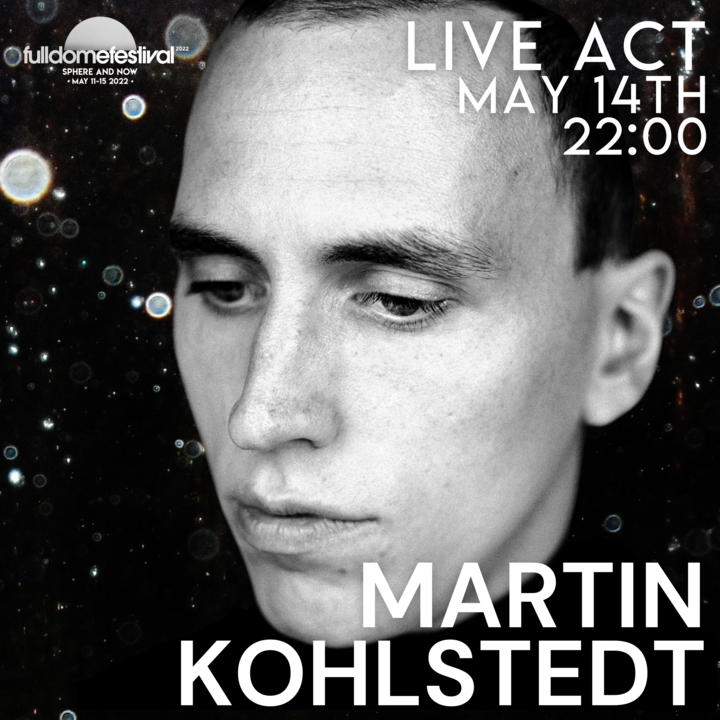 You may also get your kicks in retrospect by indulging in last year’s FullDome Festival program: